Last night I had a chance to sketch a part of the Moon I’ve been wanting to for a very long time – the landing site area of Apollo 11.  While the site itself is invisible to us here on Earth, there are three craters close to the site that are significant to the site.  These three craters are the ones named after the three Apollo 11 astronauts, Armstrong, Aldrin and Collins.

This particular area of the Moon is sensational!   The shallow angle that the Sun’s light is illuminating the field reveals dozens of ancient lava flows.  These flows reveal themselves with the shadow of their leading edge.  There is also a rile to the north.  Riles are typically as a result of shrinkage of the lava flows.

Rile Hypatia is a very ancient valley.  It was formed while the Moon still had lava flowing freely.  Evidence for this is the flooded valley floor.  The surface lava field fractured due to cooling and subsurface lava pressure.  The freshly opened gash filled with lava from underneath.

The craters Armstrong, Aldrin and Collins are very recent impacts compared to the surrounding  lava field.  These three craters are challenging to spot being so small.  The smallest is Collins with a diameter of 3km, Aldrin at 4 and Armstrong at close to 5km.  Due to their size, they are visible only for a short time when the angle of the incident sunlight is shallow enough to make their shadows prominent enough.  Collins is the most challenging to see, and requires a combination of good and stable atmospheric conditions and a minimum aperture of 8” to spot it.

This sketch was a joy to lay down.  Mare Tranquillitatis’ lava fields are full of an intricate filigree network of lava flows.  The lunarscape is also pockmarked with dozens upon dozens of tiny craters, three of which are named after three most important explorers. 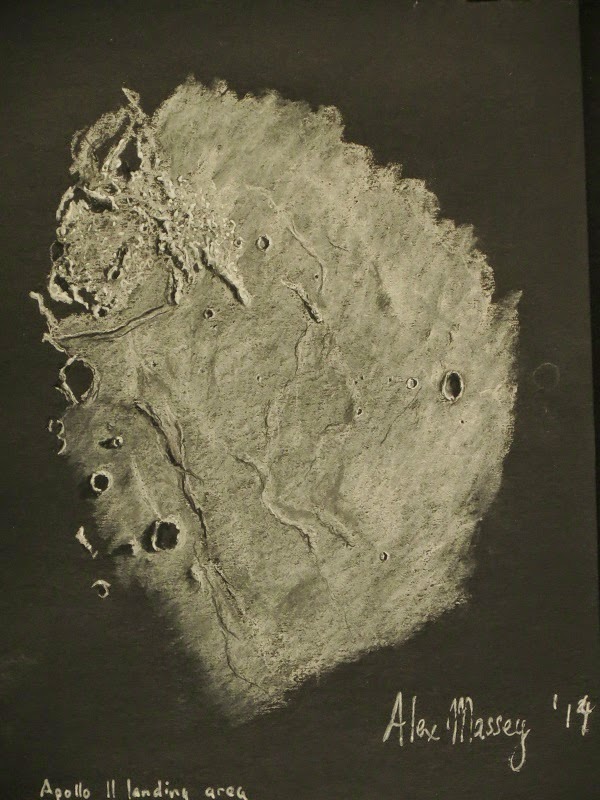 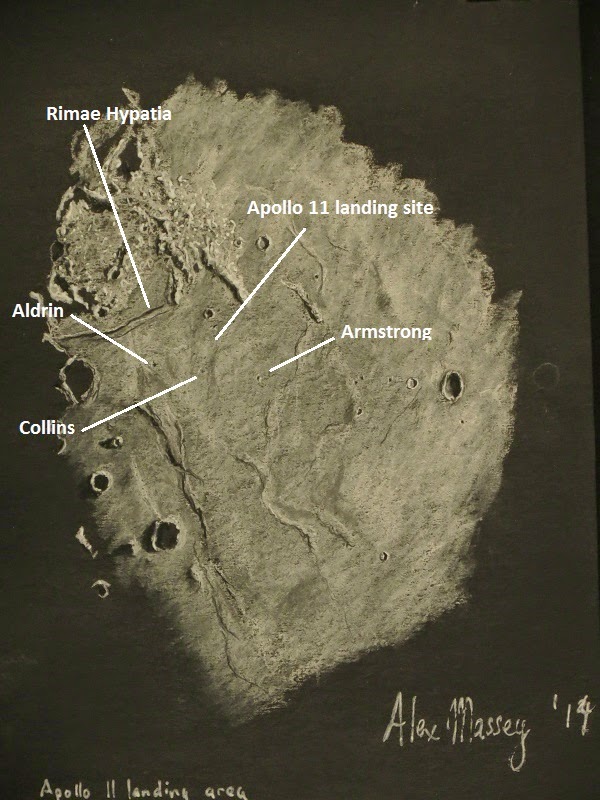 Posted by Alexander Massey at 19:34